MERRY CHRISTMAS….EVERYONE!…..HOPE YOU ALL FIND THIS MESSAGE AT THE PERFECT TIME. (message is going out very late, sorry, having technical difficulties with cell phone and access)

So let me share with you why I am so happy.

Around the beginning of December, last year, I was working on projects, some stuff around the house, at one point in my pacing about, I found myself going up to the atttic only to get to the top of the stairs & quite literally, I plumb forgot what I had gone up there looking for. “Hmfffff”, I said, as I stood there, gazing around…confronted by the memories of past christmas’ and that dollhouse! Its moved with me how many times, now?! As my eyes fixated on it, the slender heavy box was wedged between two garment boxes. I stood there for a moment, reminsicing, daydreaming, wondering and fretting, “would it ever get built?!”, “oh well”, I shrugged, heading back down the stairs, deflated by the fact that I forgot what I was looking for & sort of bummed out by seeing that beautiful dollhouse still unbuilt.

Not a day or so passed by before I was engaged in a conversation with a friend, she lives in Tennessee. She had just moved to a new area and was telling me about some neighbors, having hit some hard times, the dad disabled, grandma Rhonda B. helping to take care of the son and granddaughter. The childs Mom not in the picture. This child, the granddaughter, Mary, a sweet, soft spoken, almost angelic child. Not many around her age to play with & not much of anything belongings wise, to speak of. My friend took the occassion to ask the child what she wanted for Christmas, she said she didnt want anything! “Surely, there must be something that Youve always wished for? If you could have anything, what would it be?” my friend coaxed her. Her hesitation and limits were lifted for a moment & she said, “Oh well, I’ve always wanted a dollhouse”….(before my friend could even finish speaking, just about every hair on my body stood on end and I knew in that very second, that Dollhouse had to go to Mary!)  Talk about joy and excitement, as the two of us conspired and giggled about how awesome this was! Divinely planned by God we agreed, a seed sewing.This dollhouse represented so much to me, and it boiled down to exactly what Mary needed, it represented everything that I had for 12 glorious years when my dad was alive, before he tragcially passed at such a young age. This dollhouse would mean so much to her. Here, I had enjoyed the very things that Mary sort of longed for and I even had the dollhouse she wished for. I felt in my spirit, if I could just help send her that “hope”, that somehow we would both be healed! Me for my losses and her for any lack!

I pulled out that dollhouse, I brushed off the dust, weighed it, snapped its photo, did some research on the cost, wrapped it up and sent it on its way. I still remember telling the folks at the post office, and they all about almost cried!

Mary had the most amazing Christmas, and couldnt hardly believe that this dollhouse was really hers to have. This child has flourished in so many ways. What a difference did this make to her at this time?! Reports back from the family and my friend are that she covets this dollhouse. She is very much a christian and so anointed by God, she says she prays in every room! Is that not precious?! No one is allowed to mess with it and its been moved a few times for different reasons, so they are concerned that it might be undergoing some wear and tear. Lets pray that doesnt happen, Mary cant afford to renovate! LOL

Here is where it becomes so amazingly directed and orchestrated by God. I’ve stayed somewhat close with these folks, since meeting them through my friend, whom I met by the way met through the E.B.O.C. (Eternal Body) on Facebook. It was not long after Christmas that I broke my leg. Rhonda and Mary both spoke with me on the phone when I was in the hospital and promised to pray for me. I know they did, Jesus was surely with me!

Not more than a few days ago, I received a call from my friend in Georgia. She said, “remember a few weeks back when we were chatting and discussing this and that (Mary and her Grandma came to conversation)” I began to recall that day, just as we were chatting, I decided to to text Marys grandmother to let her know that she was “being prayed for and loved”, I told her that her “Angels would never leave her.” “Well”, my friend said, “when you texted her while we were talking, neither one of us knew it but she was being taken by ambulance to the hospital with a massive blood clot in her lung”. “Your text message arrived just as she was praying for her life” The doctors and nurses even exclaimed afterward, we have never seen anyone with one to such a degree as this actually survive. That text message, those angels all happened for her when she needed it most. What two things were present here in both circumstances?

Willingess and obedience! Not my work but HIS work and who could see the hand of God in anything, if you dont open your eyes, if you are too afraid to act on His promptings or never step out in faith?! Maybe a less intuitive me or less concerned me would not have made the connection, (although, I fail to see how I couldnt have made that connection)…her comment was out of the blue and so was my going to the attic that day! I felt more connected to the outcome than the dollhouse, it was just the vehicle!

Not only did I get a gift last year, when I received reports back of How surprised Mary was and what an awesome Chistmas it was for her BUT also, all the pricesless pictures! Seeing it built is like getting a gift from my Dad all over again! A hidden gift was that call from my friend the other day, letting me know about How God used me! That was a glimpse behind the curtain, again! As if I didnt know How amazing and creative and caring Our Lord is! That every detail, aspect and forgotten thing, is not lost to His perceptions. That which might seem like dead dry bones in your life is just waiting to be revived!

Mary B. and her Grand Mother Rhonda B. asked for this to Published & they wish for it to go as far and as wide as possible. 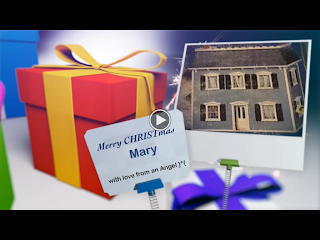 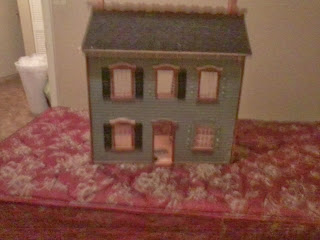 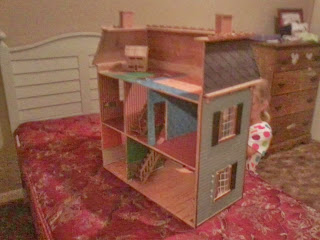 Mary doesnt know it yet, BUT this set is on its way to her
I know she will enjoy it! 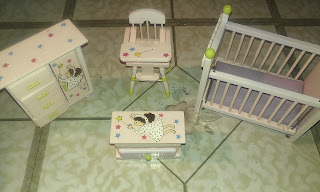 some cute lil add ons
packed up in the toychest 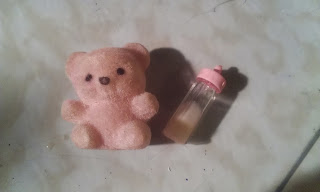 a bear and bottle… 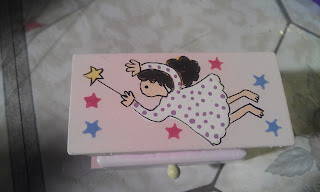 and a cute lil toychest it is 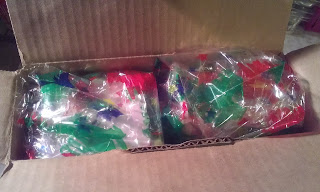 packed up and off it goes

This came tucked in a box of goodies from my friend who lives near Mary. Mary came to visit her before the snow prohibited, we had a chat on the phone yesterday, just as I was opening my friends package to me ..little Mary is such a precious love… she loves Jesus, and it just made my heart smile to find out the small items I sent were exactly what she had been wanting for her lil Mansion of Prayer, casa de la prayer …

I cherish this, its simply a glorious yet simple reminder of the Very Best Blessing This Life Has To Offer.

…A Dollhouse For Mary~www.themondaymorningmessage.com — at ❖ Welcome to my Online Network – LIVE Events & Streaming Video. 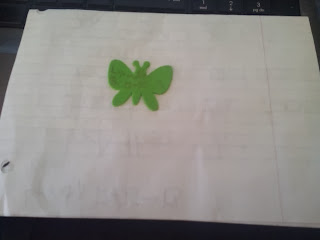 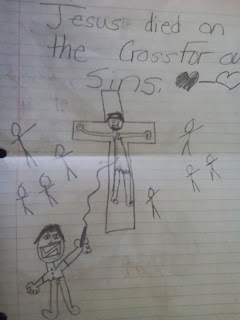 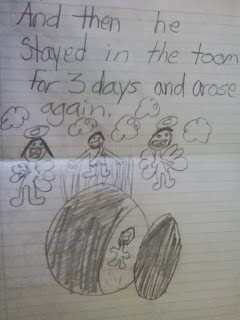