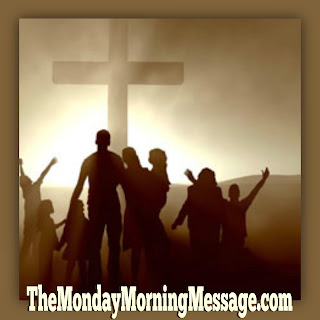 In Honor of Mother’s Day, yesterday, I would like to “share” some sage advice that my own mother bestowed upon me. She was such a wonderful example of a Proverbs 31 woman. She had great Godly wisdom, she did her best to share it and exemplify it, in her actions.

She asserted the notion, that the only way a person can assure that they will not be lied to, is always deal honestly. She told us, “if you never lie to yourself, no one else will ever be able to either”. When you subscribe to the truth, you will always know it. You will recognize it, the height, the breadth, the depth of it.

“Only a fool can be had”; meaning, a person who seeks to get over, get under, get away with, is likewise easily snookered, for lack of a better word ‘bamboozled’. Those who engage in mis-dealings with others are often swindled, robbed, taken for. There is a saying that says, “a fool and his money are soon parted”. There truly is such a thing as “too good of a deal” and it should serve as a red flag. It’s not reasonable for someone to sell brand new goods that would otherwise sell for several times the amount being asked, unless the item is stolen, fenced, or an imitation. Personal integrity should kick in and hearken one to only desire fairness; a dollars pay for a dollars worth, etc. Especially when ‘the good deal’ is facilitated by someones misfortune. If you always seek to deal with integrity, you will find great confidence and longevity in the items you acquire.

Did you know that You have a Spiritual account with God?  Faithfulness, honesty, integrity & servitude, all add to your balance, they are deposits that gain interest with dividends. Likewise, dishonesty, greed, hatefulness, & malice are deductions from that account. Not only are they depleting but penalties are incurred.

Having five children, my parents were by no means consumed with the notion of keeping up with the Jones’. They had to keep up with the five consuming mouths, 10 hands, 10 feet and all that required, week in & week out. They felt blessed, we felt blessed, we may not have had what others had but we had everything that we needed and plenty of love. While others invested in vacation homes, cars and fancy artwork, they invested in people; their children. No matter what their personal finances appeared to be, they gave tirelessly to the church & the community, in service as well as currency.

In this day and age there are a lot of scams out there. Understanding these simple, basic principles will serve you well.  I have personally relied upon the knowledge contained herein, countless times.

John 8:32
And you will know the truth, and the truth will set you free.”

2 Timothy 2:15
Do your best to present yourself to God as one approved, a worker who has no need to be ashamed, rightly handling the word of truth.

Proverbs 19:17
One who is gracious to a poor man lends to the LORD, And He will repay him for his good deed.

Matthew 6:20
But lay up for yourselves treasures in heaven, where neither moth nor rust doth corrupt, and where thieves do not break through nor steal:


1 Timothy 6:6-9
6 But godliness with contentment is great gain.
7 For we brought nothing into this world, and it is certain we can carry nothing out.
8 And having food and raiment let us be therewith content.
9 But they that will be rich fall into temptation and a snare, and into many foolish and hurtful lusts, which drown men in destruction and perdition.
1 Thessalonians 2:19
For what is our hope, or joy, or crown of rejoicing? Are not even ye in the presence of our Lord Jesus Christ at his coming?

44 Again, the kingdom of heaven is like unto treasure hid in a field; the which when a man hath found, he hideth, and for joy thereof goeth and selleth all that he hath, and buyeth that field.

Proverbs 14:15
The simple believeth every word: but the prudent man looketh well to his going.