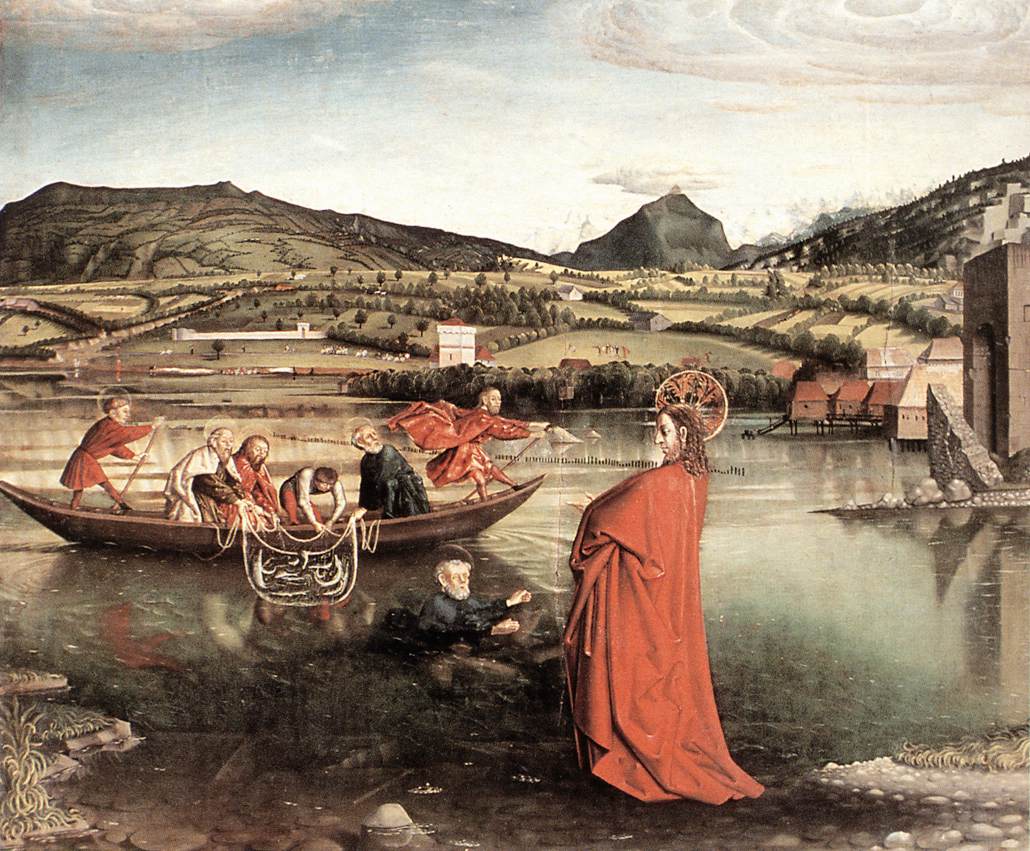 In life, as well as in the deciphering of faith & spirituality, there are many things one could speculate on. Our inherent nature is to be skeptical. Without certain solid landmarks, pointers, assurances and clues,  it can be hard to fully give our intellect and our hearts over to a new belief or to re-affirm that which we may have been privy to, all along.

God, is His omnipotent omniscience knew that certain questions, certain uncertainties, would have to be addressed. True to the nature of the Living Word, the Holy Bible…even in this day and age (translated out of Hebrew & Greek) still contains & preserves, precise, subtle, yet remarkable clues to some of the greatest doubts surrounding Jesus’ life and death!!


Deuteronomy 29:29 The secret things belong unto the LORD our God: but those things which are revealed belong unto us and to our children forever, that we may do all the words of this law.

The Bible is chock full of examples of “why is it said like that?” to find the deeper meaning… For instance, let’s take this segment in the Book of John: (emphasis on verse 4 in bold)

JOHN 21: 1-7 After this Jesus revealed himself cagain to the disciples by the Sea of Tiberias, and he revealed himself in this way. 2 Simon Peter, Thomas (called the Twin), Nathanael of Cana in Galilee, the sons of Zebedee, and two others of his disciples were together. 3 Simon Peter said to them, “I am going fishing.” They said to him, “We will go with you.” They went out and got into the boat, but that night they caught nothing.
4 Just as day was breaking, Jesus stood on the shore; yet the disciples did not know that it was Jesus.5 Jesus said to them,“Children, do you have any fish?”They answered him, “No.” 6 He said to them, “Cast the net on the right side of the boat, and you will find some.” So they cast it, and now they were not able to haul it in, because of the quantity of fish. 7 That disciplelwhom Jesus loved therefore said to Peter, “It is the Lord!” When Simon Peter heard that it was the Lord, he put on his outer garment, for he was stripped for work, and threw himself into the sea.

Why do you suppose the Disciples, at first, did not recognize Jesus? On faith we believe that Jesus hung on the cross and died; that He conquered death by rising on the third day, just as prophecy foretold. He emerged from the tomb on a Sunday (the third day after being hung) Sunday is known as the first day of the week, as Saturday is the Sabbath. Is there anything that can speak of His absolute defeat over death? Well, here is the subtle hidden gem. The disciples “did not recognize Jesus” at first, because he was transfigured and transformed! He went onto the Cross as Jesus of Nazareth, He came out of the tomb as Christ The Lord. When He died, He ascended into Heaven, He secured His objective and then he “appeared” to the disciples. He died to the flesh and arose in His Glorified Body. Not like a ghost and not like a human;  after all, He always was God, He became God in the flesh in order to facilitate one thing, saving Humanity. There are at least three instances where those whom were intimately familiar with Jesus did not at first recognize him after His resurrection.Many factors including lack of faith can be attributed to clouding His identity but the essential point is, God covers the question regardless of faith, it was He, Jesus Christ the Lord in His transformational transfiguration.

Interesting Quote:
“The cross is the symbol or logo of the Christian faith. It belongs to Jesus alone. No founder or leader of another religion would dare to use this logo because it stands for something that they themselves have never done! None of them has been crucified for the sins of the world. None of them has been raised from the dead. None of them can give us the help we so desperately need. Only Jesus is able to save us. As he said: ‘I am the way, the truth, and the life; no one goes to the Father except by me.’ (John 14,6) No matter where you look: there is no other savior from sin. God bless you.” REINHARD BONNKE (evangelist)

Here is one more amazing fact; JUST BEFORE AND AFTER the crucifixion,  all eleven apostles went  into  hiding, in fear, yet after reuniting with the resurrected Christ & spending considerable time with Him, they became fearless evangelists;  boldly  proclaiming the gospel, with strength, allowing no opposition to deter them. See the scripture below. John 20:19-31

Read this next segment of scripture with eyes Renewed!
Religion won’t save you, a RELATIONSHIP WITH CHRIST ABSOLUTELY WILL!

19 On the evening of that first day of the week, when the disciples were together, with the doors locked for fear of the Jewish leaders, Jesus came and stood among them and said,“Peace be with you!” 20 After he said this, he showed them his hands and side. The disciples were overjoyed when they saw the Lord.
21 Again Jesus said, “Peace be with you! As the Father has sent me, I am sending you.” 22 And with that he breathed on them and said, “Receive the Holy Spirit. 23 If you forgive anyone’s sins, their sins are forgiven; if you do not forgive them, they are not forgiven.”
24 Now Thomas (also known as Didymus), one of the Twelve, was not with the disciples when Jesus came. 25 So the other disciples told him, “We have seen the Lord!”
But he said to them, “Unless I see the nail marks in his hands and put my finger where the nails were, and put my hand into his side, I will not believe.”
26 A week later his disciples were in the house again, and Thomas was with them. Though the doors were locked, Jesus came and stood among them and said, “Peace be with you!” 27Then he said to Thomas, “Put your finger here; see my hands. Reach out your hand and put it into my side. Stop doubting and believe.”
28 Thomas said to him, “My Lord and my God!”
29 Then Jesus told him, “Because you have seen me, you have believed; blessed are those who have not seen and yet have believed.”

No Super Power exists  more impressive than that of Christ Our Lord; able to walk through walls, raise the dead, cast out demons, heal the sick, feed multitudes by supernatural  multiplication, walk on water, defeat death, holding the keys to Heaven and Hell as well as holding the Universe in the palm of His hands!
Hallelujah AMEN

1 John 4:9  In this the love of God was made manifest among us, that God sent his only Son into the world, so that we might live through him.

May God bless you and may the wind of the Holy Spirit breath upon you this instant;  imparting the Lord’s presence, to guard and guide you all of your days!

ABBA FATHER, PLEASE CONTINUE TO REVEAL YOUR SUBTLE HIDDEN GEMS OF WISDOM WHICH ARE LOCKED AWAY IN SCRIPTURE. AS THE DAY DRAWS NEAR AND OUR SAVIOR IS YET TO RETURN, THIS INSIGHT IS INVALUABLE TO US, YOUR FAITHFUL SERVANTS & CHILDREN. LET YOUR PRESENCE BE UPON US SO STRONGLY THAT OUR SHADOWS WOULD HEAL PEOPLE AS WE PASS BY, THAT OUR WORDS WOULD CAUSE DEAF EARS TO OPEN, TO MIRACULOUSLY RECEIVE, THAT WHEREVER WE MIGHT GO OR DWELL WOULD CAUSE EVERY EVIL, DARK & DEMONIC THING TO FLEE, TREMBLE & SHRIEK IN OUR PRESENCE. THAT PROSPERITY FLOWS FROM YOUR THRONE INTO OUR LIFE & OUT THROUGH OUR WILLINGNESS TO HELP OTHERS. THAT SIGNS WONDERS & MIRACLES HAPPEN  IN THE WAKE OF OUR WORDS OF PRAISE TOWARD YOU, AS WITNESS AND TESTIMONY TO THE GREATNESS OF YOUR HOLY NAME. THAT WITH A GLANCE OF HOLY SPIRIT DISCERNMENT, WE DIVIDE THE TRUTH FROM THE LIE WITHOUT EFFORT. LORD, I PLACE BEFORE YOU EVERY ONE WHOM I HAVE PETITIONED YOU FOR, IN FULL FAITH OF YOUR PROMISE TOWARD THIS FAITHFUL SERVANT, KNOWING IT IS ALREADY BEQUEATHED TO ME, THROUGH THE LOVE, POWER & AUTHORITY OF JESUS CHRIST OUR LORD! AMEN

God’s Faithbook (the Social Network for Christians 500,000 and growing)
http://www.godsfaithbook.com/index.php?option=com_community&view=groups&task=viewgroup&groupid=123&Itemid=55 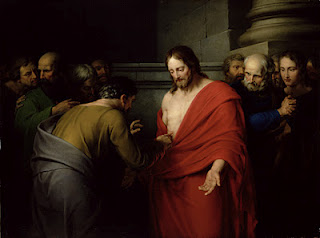