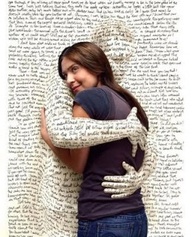 We are headed into a New Season! It’s important to balance knowledge with wisdom, so that they may coalesce and become a valuable tool for your own discernment as well as helping to bring others to a platform of truth. Where the neutral reality of fact is met with the Wisdom bestowed upon us by a Sovereign & Just Creator, who Loves us Mercifully. It’s both physical and spiritual work to seek the kingdom of God. It’s honourable!

There is no better way to redeem your time than to study GOD’s word! Embark upon the finer workings of Wisdom for your own protection as well as cultivating the best path for every step forward. Father has powerful and anointed promises for us to uncover & harness. There is a requirement of eligibility which rests in the responsibility of the seeker, making it thine own task to check, confirm & prove out all that we are told, hear & think. Not just blindly accepted as fact but verified!

1 Thessalonians 5:21 Test all things; hold fast that which is good.

God’s sovereign fairness demands that we, at the very least, exhibit an effort, an honest effort and for that, He shall reward with greater return!. For we already know that we can never earn our salvation) no act other than the ABC’s of Jesus gets us that!…….the ABC’s?????………………….Acquiescence Belief and Confession!!!!
Let’s take this challenge to first, read over this incredible array of facts pertaining to the BIBLE (see BELOW)
then, let’s make it a personal challenge to, print it out & begin the journey of verifying these facts! I know that I look forward to verifying the ones that aren’t immediately known to me. The more God reveals to me, the more assured I am, beside the supernatural things I’ve experienced & felt. My carnal, fact seeking mind is satiated by the sheer magnitude, of the realization, of what would have needed to have been orchestrated & maintained, in order for the Bible to be anything, other than God Breathed Truth. It was imparted through various persons, over centuries, across vast earthly proximity and cultural barriers! An extensive knowledge of the Bible (just superficially speaking) is overwhelming.
Just know that you will be blessed beyond measure, the exercise & participation put forward in this effort will be the equivalent of Boot Camp, spiritually speaking. You’re Rock Solid Truth, Impenetrable Faith and Never Ending Peace awaits you, you will be powerfully equipped! ~ God Bless
You will need these handy resources for your studies to reference,..
Blue Letter Bible a great resource for searching words or phrases
http://www.blueletterbible.org/search.cfm
Concordance for searching out text from Old Testament which was written in Hebrew and from the New testament which was derived from Greek

Commentary for a deeper understanding of what a particular scripture is conveying and teaching.

http://www.biblestudytools.com/commentaries/matthew-henry-complete/
Originally written in 1706, Matthew Henry’s six volume Complete Commentary provides an exhaustive look at every verse in the Bible.

was written by about 40 men over a period of about 1600 years dating from 1500 BC to about 100 years after Christ. These men wrote this Scripture as they were given inspiration by God. (2 Timothy 3:16)

The first translation of the English Bible was initiated by John Wycliffe and completed by John Purvey in 1388.

has since been translated in part or in whole into over 1200 languages and dialects.

The entire Bible divided into chapters and verses first appeared in the Geneva Bible of 1560.

is the largest seller of all books published.

Click on the links to read the KJV Bible,
and hear Stephen Johnston via RealAudio!

The longest word in the Bible is “Mahershalalhashbaz“
(18 letters) which is found in Isaiah 8:1.

Several of the words occurring only once in the Bible: