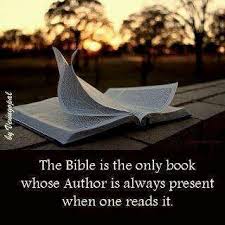 BREAKING… Fukushima Crisis Escalates Tons of Radioactive Waste Released into the Pacific Causes Ocean to Boil…
“The government released a public statement calling for the immediate evacuation of residents within a 50 miles radius of the facility claiming the leaked material has caused the ocean to boil for several hundred yards offshore from the crippled plant.
This incident  which is being called the “Fukushima Plume of Death” is rapidly bearing down on Hawaii. It’s estimated once Hawaii is hit California will be hit about 90 minutes after.
The effects of the nuclear plume are either unknown or being kept from the public. Neither the Japanese or American government has commented on what threat the plume may pose. Right now its anyone’s guess.”
–        See more at: http://nationalreport.net/breaking-fukushima-crisis-escalates-tons-radioactive-waste-released-pacific-causes-ocean-boil/#sthash.nx6Dl0rj.dpuf
Rev 8:11
And the name of the star is called Wormwood: and the third part of the waters became wormwood; and many men died of the waters, because they were made bitter.
Then we have the recent events unfolding in Syria / Damascus…and what does the Word of God say about that?
Isa 17:1 Here is a message about Damascus: “Look, Damascus is no longer a city, it is a heap of ruins!
Jer 51:37 Babylon will become a heap of ruins. Jackals will make their home there. It will become an object of horror and of hissing scorn, a place where no one lives.
Isa 25:2 Indeed, you have made the city into a heap of rubble, the fortified town into a heap of ruins; the fortress of foreigners is no longer a city, it will never be rebuilt.
“For the time is coming when people will not endure sound and wholesome instruction, but having ears itching for something pleasing and gratifying, they will gather to themselves one teacher after another to a considerable number, chosen to satisfy their own liking and to foster the errors they hold, and will turn aside from hearing the truth, and wander off into myths and man-made fictions.” 2 Timothy 4:3-4
So what do we do with this information, with these emerging scares, fears ad tragedies?///
We need to be able to distinguish between that which can be handled with prayer and that which can not. Afterall we can not undue prophecies that Must occur, but we can learn how to navigate our emotions, trust and sense of security! The Christians security is not in this world BUT in the Lord!
Overall, we are instructed to stay alert, to delve into the word of God and to Trust that God (who knows all these things) has His hands upon us,  His family, His bride and His church.

Don’t be slack in seeking the Lord for wisdom, especially now. If you don’t have a close intimate relationship with God there is still time! Get into the word, get yourself a Bible and start allowing God to speak to you in Your life!