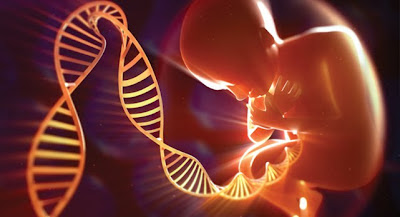 Today we are going to look at the 2nd Chapter of Hebrews in the New Testament. Here we have the accounting and witness of one of the apostles, whom lived and walked side by side with Christ. Christ’s pre-eminence is established as well as his Deity, his ordained positioning and his merciful election.

2 Therefore we ought to give the more earnest heed to the things which we have heard, lest at any time we should let them slip.

2 For if the word spoken by angels was stedfast, and every transgression and disobedience received a just recompence of reward;

3 How shall we escape, if we neglect so great salvation; which at the first began to be spoken by the Lord, and wasconfirmed unto us by them that heard him;

4 God also bearing them witness, both with signs and wonders, and with divers miracles, and gifts of the Holy Ghost, according to his own will?

5 For unto the angels hath he not put in subjection the world to come, whereof we speak.

6 But one in a certain place testified, saying, What is man, that thou art mindful of him? or the son of man that thou visitest him?

7 Thou madest him a little lower than the angels; thou crownedst him with glory and honour, and didst set him over the works of thy hands:

9 But we see Jesus, who was made a little lower than the angels for the suffering of death, crowned with glory and honour; that he by the grace of God should taste death for every man.

11 For both he that sanctifieth and they who are sanctified are all of one: for which cause he is not ashamed to call them brethren,

12 Saying, I will declare thy name unto my brethren, in the midst of the church will I sing praise unto thee.

13 And again, I will put my trust in him. And again, Behold I and the children which God hath given me.

14 Forasmuch then as the children are partakers of flesh and blood, he also himself likewise took part of the same; that through death he might destroy him that had the power of death, that is, the devil;

15 And deliver them who through fear of death were all their lifetime subject to bondage.

16 For verily he took not on him the nature of angels; but he took on him the seed of Abraham.

17 Wherefore in all things it behoved him to be made like unto his brethren, that he might be a merciful and faithful high priest in things pertaining to God, to make reconciliation for the sins of the people.

18 For in that he himself hath suffered being tempted, he is able to succour them that are tempted.

There are simply techniques in parenthood or child rearing, where the care giver or the parent will come down to the child’s level, in eye sight and stature, to bond with them, in an effort to gain their cooperation and to empathise with them. Is it any wonder, that God, in His infinite wisdom and mercy would seek to do the same with us and do so in a manner which is fitting and not frightening.

Jesus is every bit a man and never ceased to be God. In Verse 9 of Hebrews, Chapter 2, we see that Jesus, who was above the Angels, above all created things, elected to come to us in this humble capacity. The irony of it all, was a secret plot, so genius, so loving, that it totally escaped the perceptions and undermining of satan.

Satan thought he had won in corrupting the Human race, knowing fully Gods laws and having perverted the word beyond all correction. The human race was for all intents and purposes so riddled with sin, that no offering or sacrifice of a human nature could suffice to cover the wretchedness. From the first sin in the garden and from that bloodline down, the compounded transgressions had Satan thinking we were as good as dead. He thought that he had proved to God that we would chose him, turn from the lord and forever be unrecoverable because of the stain and shame of those sins. God knew better!

When Jesus, who set the heavens in motions and named every single star realized what we needed, He kept it His own little secret. Until one fine day, An Angel appeared to Mary and as well to Joseph, explaining that they would become parents, that God chose them to bring our Saviour into the world. Mary was a sinless woman, and Joseph was a simple but a decent man. When Jesus stepped down from His throne, he not only bent down on one knee to see us at eye level, He entered our world in the flesh as a helpless baby. He came to us by the simplest of upbringings to a family that was not high in status, influence or wealth. More importantly, when His Holy blood mixed with our human blood, it infused our DNA with redemption. He lived a sinless life full of every struggle and temptation that we have ever faced. Then when He became our sacrificial lamb, when that blood of His was shed on that cross, it INDEED was sufficient to cover the penalties of death. When Jesus arose from the dead in His glorified body, He made it possible for all of mankind to follow suit. As the Bible says, so below, same as above; as in Heaven so it is on Earth!

Colossians 2:9 For in Christ all the fullness of the Deity lives in bodily form,

6 Who, being in the form of God, thought it not robbery to be equal with God:

7 But made himself of no reputation, and took upon him the form of a servant, and was made in the likeness of men:

8 And being found in fashion as a man, he humbled himself, and became obedient unto death, even the death of the cross.

BY Phiilips Craig and Dean “You are God Alone”